I mentioned this a couple of weeks ago: Stop Pretending.

A microscopic entity is doing what no politician, banker, physician, philosopher, attorney, arm-waving televangelical or madman could do. It has changed the trajectory of our culture in the United States of America.

We’re never going to get the “old” pure, capitalism economy back. We are forced to create a new economy.

We’re never going to get the old meeting forums back. We are forced to create new ones.

We are never going to get the old educational system back. We are reinventing how students and teachers work together as I write.

We’re never again going to be allowed to disregard the value of people who do what some have called the “dirty boots” work in America for minimum wage and tips. We are forced to acknowledge that, without their quiet desperation for and dedication to their work, we would all-to-rapidly become un-resupplied cannibals matted in our own filth.

We’re never going to get the old profit-motive-driven “healthcare/ sickcare system” in America back. We’re forced to create a new one.

We’re never going to get the old sense of isolation in neighborhoods back. We’re learning why it is critical that we work, play, learn together and that we love and do not take one another for granted.

We’re never going to be allowed to believe that the Police – or government in general – will solve everything for us. We’re creating a new awareness that individuals in communities must work together – even without government structure – to do the right thing, take care of one another and be more self-sufficient.

We’re never going to get the old predatory system back – where the vulnerable among us are simply disregarded. We’re forced to create new, compassionate ways to deal with them.

We’re never going to get the old complacency back – where we don’t fund or do anything until someone dies. We’re forced to create a new awareness of the notion, as I have said many times, that there are two kinds of people: them that plan and them that get to live with the plan.

We’re never going to get the old “look the other way now, fund public safety later” America back. We are forced to acknowledge the adage, “An ounce of prevention is worth a pound of cure.”

We’re forced to create the new future. The old beliefs about the economy, teams, sick care, community, looking the other way when people are hurting or otherwise at risk … those faulty, selfish beliefs got us to this day.

It took a microscopic entity less than 3 months to change the trajectory of the Human Race.

It is up to us, ostensibly “smart” beings, to take the lessons forward and continue to create mechanisms that guarantee we will never go back to the selfish, isolationist, gaslighting, myth-based, fearmongering follies that got us to this day.

“Can’t wait until things are back to normal”?

It’s not going to happen.

You can do anything you want in America – but there are consequences. -s

Stephen L. Kent, founder and president of The Results Group, Ltd., has more than 30 years of leadership, training and facilitation experience. As a leadership & training consultant, he specializes in helping organizations design and implement programs to improve personal and organizational effectiveness. Steve is a dynamic speaker who is known for his straight talk that gets right to the heart of key issues.

BUT FIRST, A FEW WORDS ABOUT COVID-19 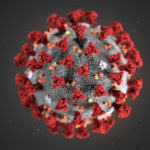 To my family and friends who put their health and safety in harm’s way each day:

The first of “The Four Results That Matter” is: “Employee safety must be at the top of everyone’s list – all the time, every time.”

I salute the commitment to the Oaths of Office taken by my family and friends in Law Enforcement, Fire, EMS, Communications, Victims Services, Search & Rescue, Healthcare, Education and all Support Services.

Clearly this is one of those, “Run toward the danger, rather than away from it,” moments. I get it. It is one of the hallmarks of who you are and what you do.

Even so, be prudent, rely upon your training, depend upon your teams, support your internal chain-of-communication, eliminate rumors, keep your constituents well informed, take time for you, take time for your families, and take advantage of any time you have to relax.

You know. The usual stuff.

Be healthy. Be safe. Lives – including yours – depend upon it.

And, on behalf of my family and myself – Thank you!