If you seek a leadership “position” or a leadership “title” because you want to be – or to be seen as – a leader you have missed the entire point.

Inspiring others isn’t about us. It’s about them.

It’s not about a title or a position or calling one’s self a “leader.” That is simply ego riding on the proverbial coat-tails of pay grade.

I was trying to think of something I could write that would motivate you.

Then I remembered I already told you that’s something you need to do for yourself.

So long as law enforcement’s budget is in the “general fund” city councils, mayors, city administrators, county administrators, finance departments, county commissions and budget committees will continue to play political football with the highest and most consecrated obligation of government – the most precious benefit of civilization: public safety.

I continue to hear LEOs up-and-down the chain-of-command in organizations across the United States complain about not having enough funding, not enough staffing, having their budgets cut or, the ever-pandering silliness of, “Look how much we returned to the general fund last year …”

It is well past time to cease debating “whether” it can be fixed – any fool can come up with reasons why progress is impossible.

It is well past time to get organized to focus leadership on “how.”

The only reason I can think of for why it doesn’t get fixed is because too many folks, apparently of rank and influence, enjoy portraying themselves and the industry as victims.

In other words, they’re too much in love with the disease that’s killing them and the industry.

As many know I am an advocate for separate law enforcement taxing districts for every Sheriff’s Office and Municipal Police Department in the United States.

I hope to see properly-funded law enforcement be protected by the same kinds of laws that protect sustainable, dedicated funding for other critical elements of infrastructure such as transportation and others.

And to those who might say, “OOOOO! We couldn’t give a Sheriff or Chief their own budget and relationship with the taxpayer! What if they messed it up?”

To them I would say, “I dunno, maybe your local School Superintendent, Fire Chief, library board, hospital district administrator, drainage or flood control board, irrigation board, transportation board, solid-waste management board, water supply board, cemetery board, or mosquito abatement district representative could talk about how it works … What the hell is wrong with you?”

I encourage my friends, acquaintances, clients and students to continue to LEAD like you mean it.

How about you and I focus less on merely signing the back of our paycheck – and more about what we have to do to inspire taxpayers to continue signing the FRONT of everyone’s paychecks? We could call it, uh, a “community-oriented team.”

In order to maintain public trust, Public Safety – Police, Fire and Communications – just like our Military MUST be apolitical at every echelon at all times.

A chief offender is the misguided assumption that there are “Republican” or “Democrat” Sheriffs.

“Impartiality under the law” applies to ALL citizens and all public servants not just to one party.

I admire those who persevere. I have learned that Life doesn’t always say “No” … but, it does say “Not Now …” a lot.

Take the long view. Plan for what’s over the horizon.

The rest will fall into place in time.

Too many policies get into policy manuals because someone knew it was wrong – and did it anyway.

And mere managers … being lazy, unimaginative, fearful and selfish … write blanket policies or issue group-slap emails, punish everyone and then whine that there is a recruiting and retention problem.

Leaders deal with the offender rather than punishing the entire population.

Deal with problems as functioning adults. Acknowledge successes with the gleeful noise of schoolyards.

When we think it is only about us, we lose our perspective. It’s really about others:

Marketing – understanding and meeting the needs of others

Listening – hearing others with understanding

Sales – serving the needs of others

Service – yep, it’s about others …

Leadership is not what people think about us after interacting with them; it is what they think of themselves after they’ve interacted with us.

Our most successful clients have a one-word marketing strategy: “You.”

Make choices today as if your Mom were going to do your performance evaluation.

I am certain that you did many, many things right today. I hope your supervisor and co-workers caught you in the act.

It takes no courage to cover up or tolerate unacceptable, bullying behavior by a co-worker or administrator. All that means is a small echo chamber of dishonest, cowardly people will aid, abet and perpetuate the farce.

Courage comes from eliminating bullies, gas-lighters and toxic 2%ers from the ranks. It is the same thing you do with abusive drunks in any parking lot or with the domestic violence perpetrator or the child abuser.

There are only very few, but, I continue to note how many dirty cops – even if it is one – untrusted by even their co-workers – remain in the ranks while the rest of you risk your lives every day to maintain public trust. I do not understand how it is even slightly tolerated.

No one is so short-staffed they have to put up with it.

This is a conversation I believe you should be having every day.

Listen to one another. Truly listen.

Everyone knows the identity and character of the next employee who will unnecessarily cause a $500,000 – $1,000,000 cash payout from your insurance company while destroying all that you and your co-workers have done to build and maintain Public Trust.

I don’t live in your community – but, I believe there is only One Team and One Future for your agency, your co-workers, your local legislative bodies and your citizens.

There are two kinds of people: Them that plan and Them that get to live with the plan.

Did you know that from the time an agency recruits someone, gets them through the selection process, through the Academy and through the FTEP procedures – before they can ever spend their first day on their own – that agency has already invested somewhere between $75,000 and $150,000 of hard-earned taxpayer funds?

Unnecessary turnover rates due to toxic cultures is a pretty expensive addiction. Each time some one leaves, that amount of hard-earned taxpayer funds goes up in smoke – never to be seen again – and the cycle repeats itself until true leaders, taxpayers and voters step up and put a stop to it.

To wit: COPS, DARE, Accreditation, Strategic Planning … and the list goes on.

How about this … just make it part of how your agency does business rather than a separate Universe … ?

Just as I thought.

That so-called, “de-fund the police movement” has not truly caught on. It was a flash-in-the-pan media-circus moment and many of my friends and clients fell for it.

So, once again, a lot of anger and worry and angst and victim-think from chicken-littles and hand-wringers, arm-wavers and pants-pissers wasted on reacting and emoting and feeling badly and lobbying others to likewise feel badly.

The “de-fund movement” has taken down its circus tents and the arcade and calliope have moved on to other venues – while too many agencies and Law Enforcement professionals are right back where they started – waiting for the next thing about which to react.

Life is short. Energy is finite. Spend it or invest it.

Catch your Team doing things right. Document it. Celebrate it. Promote it.

You get more of what you measure.

If you have two systems, you have no system.

Imagine how any even off-the-rack model moron defense attorney is going to use that against you?

I cannot overstress – nor will I ever apologize for appearing to overstress – the critical requirement for a party line among all Supervisors at every echelon about how to interpret plans, policies and procedures.

By the way … do you know where the “Suggestion Box” is in a Police Department, Sheriff’s Office, Highway Patrol or State Police agency? 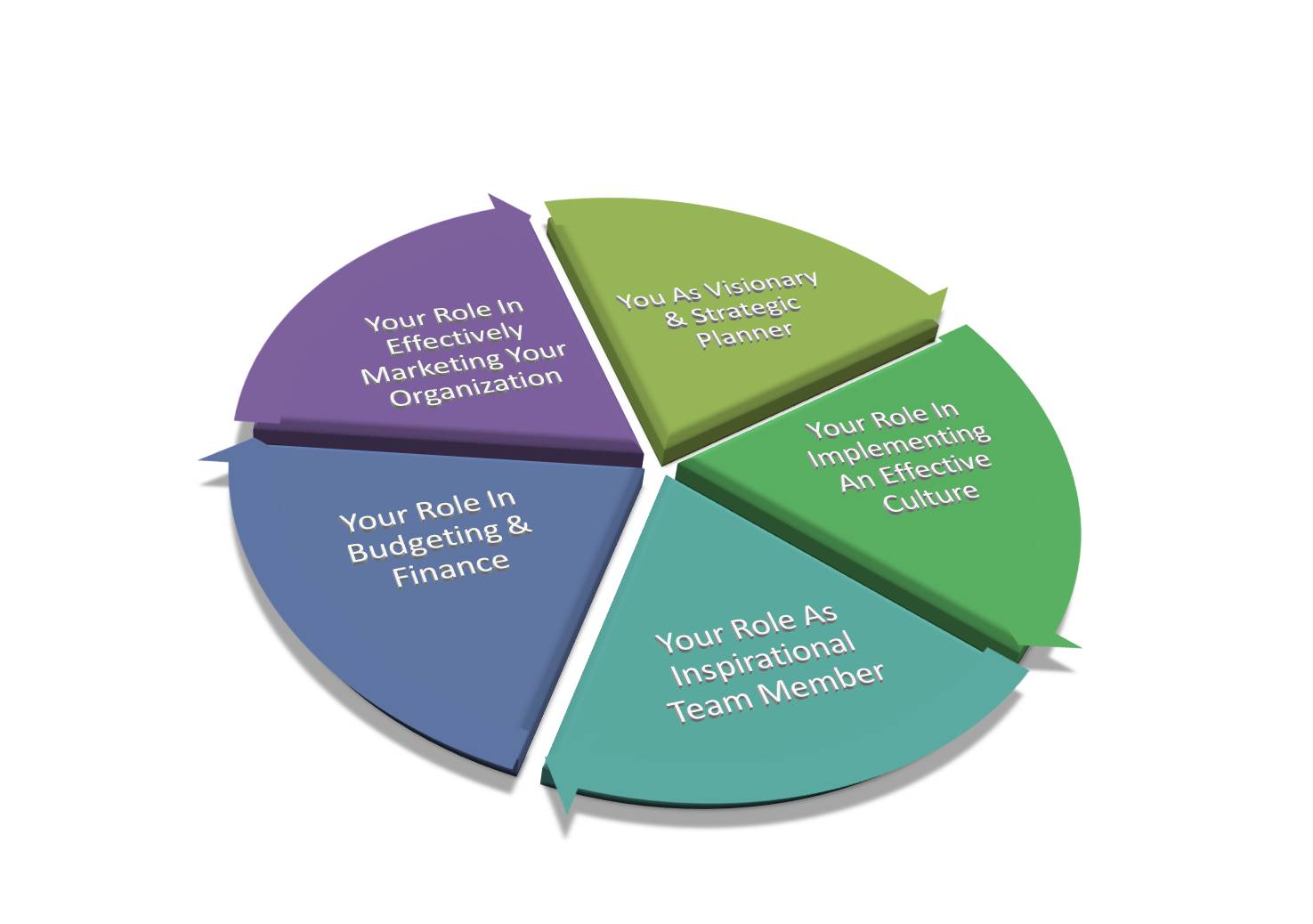 If you have questions or need assistance, use the red smiley face at bottom right, or email me at steve@theresultsgroupltd.com or call 541.806.1502.

ALL CLASSROOM ACADEMIES ARE SUBJECT TO CHANGES DUE TO HEALTH ISSUES WHICH MAY DISRUPT TRAVEL OR GROUP MEETING ARRANGEMENTS.

I am honored to be of service to Federal, State, County, City, Tribal, Port and University Public Safety agencies across the United States.

May you, your families and your teams be safe and healthy!

Please check back frequently. We'll post the dates for each classroom academy as they are scheduled. If you want to be on the list for registration, please send me an email!

Please add me to the distribution list for upcoming training and Results Articles!

Now that you are signed up, we will send you periodic notifications of new Results Articles and other information.